Life in the Tax Lane

I tried to find a picture of a chaotic mess that represents the situation the IRS is in right now.  But I couldn't find one messy or chaotic enough.  So I am putting up one of a very stressed out taxpayer instead.  Enjoy. 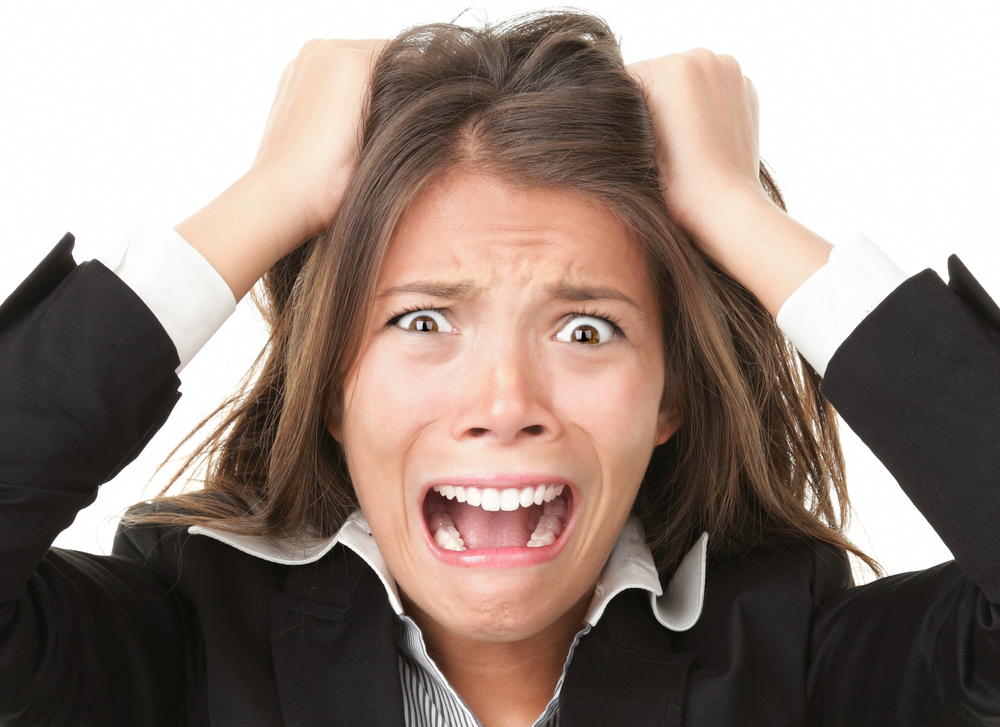 OK.  Let’s just be blunt about this.  The IRS is an absolute, unquestionable, undeniable mess right now.  In a prior blog, I called them stinkier than a cow pie.  That fact has not changed.  I’ve been doing this tax gig for……(Oh GEEZ that’s a LOOOONG Time!) going on 31 years.  (I think I failed to stop to celebrate my 30th tax season……)  In all those years, I have NEVER EVER seen the IRS this messed up.  And they just keep getting worse.

That mess has made our office busier than ever and many of your lives stressful and frightening.

They blame it on COVID.  Maybe.  They shut down and locked their employees out for longer than any other company or agency I know of.  And then when they did open back up, many of their “customer service” employees were told to work remotely, but were not allowed to access anyone’s tax data while in their homes due to security protocol.  Tell me, just how can they answer our questions without looking at our files?  Tax law changes on the fly also come into play.  And it seems like they are sending a lot of US more money than what we send them.  Probably some kind of twisted illusion.  But it does take time to print those checks and have the President sign each letter.

Here are some stories and numbers that blow my mind every time I think about them:

Through July 15th of 2021, the IRS has mailed out 9 MILLION letters to taxpayers.  The usual number is right around 600,000.  That is an increase of 1400%!  Most have to do with the rebate credit.  But let me say some of my other favorites are notices regarding the Deferred Self Employment Tax.  SEND MONEY NOW!

As of September, they had 7.8 million tax returns that had not yet been processed dating back to 2019.  Most of these need to be processed manually because of math errors or suspected fraudulent activity.  NO WORRIES, THEY ARE PROTECTING YOUR REFUND!

A colleague had a situation where the IRS suspected fraudulent activity on one of his client’s accounts.  Some perpetrator had already filed a tax return using the client’s Social Security Number.  The IRS asked for a ton of extra information before processing the refund so they could identify which tax return was correct and which one was fraudulent.  In the end, they erroneously deemed the client’s tax return fraudulent and SHREDDED IT!  Employing an expensive tax attorney and making various calls to IRS agents finally caused them to figure out what happened.  They asked him to file his tax return again.  But he’s still waiting for his refund.

During 2021, the IRS is averaging 1500 calls per second from taxpayers.  And only 3% are being answered, most of them by electronic means, not a live person.  Your chances of reaching a live person is 1 in 50!

OK.  That’s enough.  We do have more than several clients who are still waiting on their 2019 tax return.  Some are deceased and their tax accounts are locked down due to possible fraudulent activity, making it near impossible for us or anyone else to figure out what is going on.  The message from the IRS to us tax preparers?  “Tell your clients to be patient and to stop calling us.  We’ll get to them.”

Sure.  After they process the millions of tax returns that are in front of theirs.